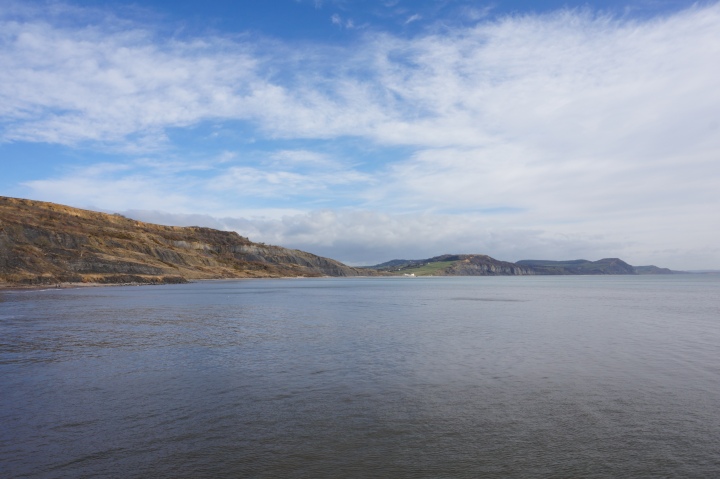 There is no greater beauty in England than its many coasts and seaside towns. Visiting during the off-peak season is a special treat as the vibe is relaxed and there are no lines in sight. Photos turn out better, too, with fewer people around to ruin the shot. In February, I visited Lyme Regis on England’s southern coast and lucked out with sunny skies and mild winds. Famous for fossil hunting along the Jurassic Coast, as well as the film about a French Lieutenant, the village was just what I had imagined. A quaint fishing village with beautiful old buildings, some centuries old, crammed along the coast for the best view and sailing vessels of all sorts lined up beside the sea waiting for summer to arrive. Each morning at 7am I awoke and strolled along the shore in the crisp dawn light to swipe my credit card in the parking metre so that they wouldn’t tow my rental car. It was a chore to be sure, but an enjoyable one as the views on that short walk to and fro were a magical start to my day. If only London had the equivalent for a morning stroll along the shore–the Thames doesn’t come close. There’s something about the sound of the waves breaking on the rocky shore, the maniacal clattering the rocks make as the water is sucked back out to sea, and the sunlight glinting off the horizon that can’t be replicated anywhere. A trip to remember for sure.

(In this photograph, the Golden Cap rises out of the sea along the horizon. It’s a bit of a hike uphill through muddy fields strewn with cow bombs to get to the top, but definitely worth it.)