It’s not yet March, but spring has already bloomed across London.

DAY FIVE: With COVID and lockdown and uncertainty adding stress to daily life, I’m grateful to live in a walkable city with beautiful parks to stroll through and de-stress.

One thing lockdown has given me is the time to explore my local neighbourhood. This lovely trail is my latest discovery. Walking beneath the green canopy feels ten degrees cooler than on pavement— a perk for hot summer days. Who knew there was an enchanted forest just off Finchley Road?

Found in my mother’s garden, a pot of spawning cactus plants. A google search informed me they are hedgehog cactus. I’m not 100% certain that’s correct, but I love the name, so I’m sticking with it! My mother’s garden is full of surprising delights tucked away in nooks and crannies. A slow wander around with a sharp eye is an early morning treat.

Saying goodbye to a friend is a painful experience, but there are moments of beauty within grief. A cloud covered sky, raindrops on Christmas wreaths, hands held tight for support, a silent prayer. Goodbye 이모, you will be remembered. 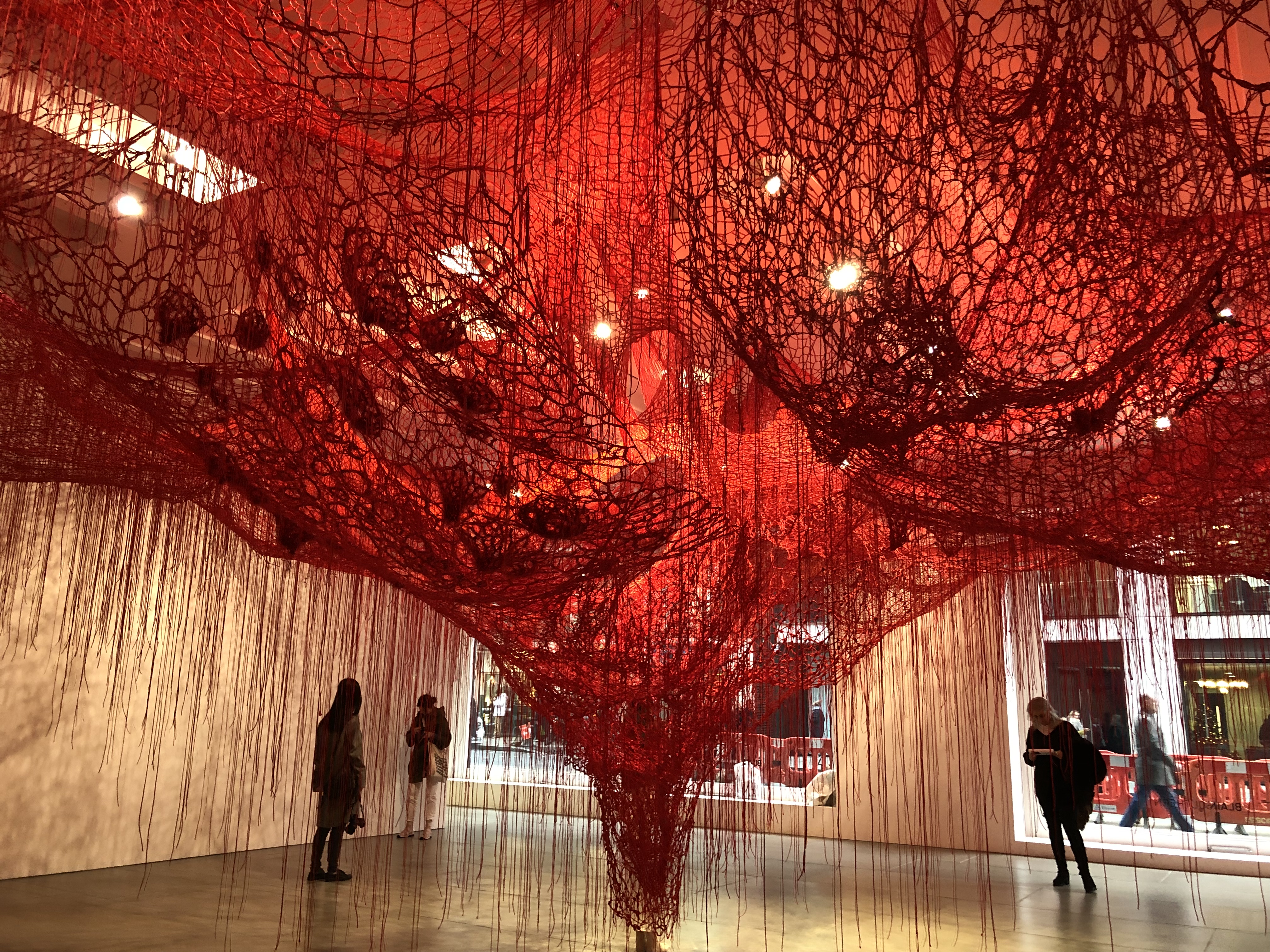 This small yet powerful exhibition at Blaine|Southern Gallery London ends in a week (19 January). If you haven’t seen these blood red threads painstakingly hand-sewn by the artist in person, you’re definitely missing out. Born in Japan and based in Berlin, Shiota’s massive yarn installation symbolizes the body’s internal connection to the neurons within the brain, while the feet cast from her own, connect with the ground, the world, the universe. It’s a free exhibit not to be missed.

Wishing everyone a safe and happy NYE! May 2019 be filled with more love than hate, more happiness than tragedy, and more light than darkness for everyone, for me, and for you. 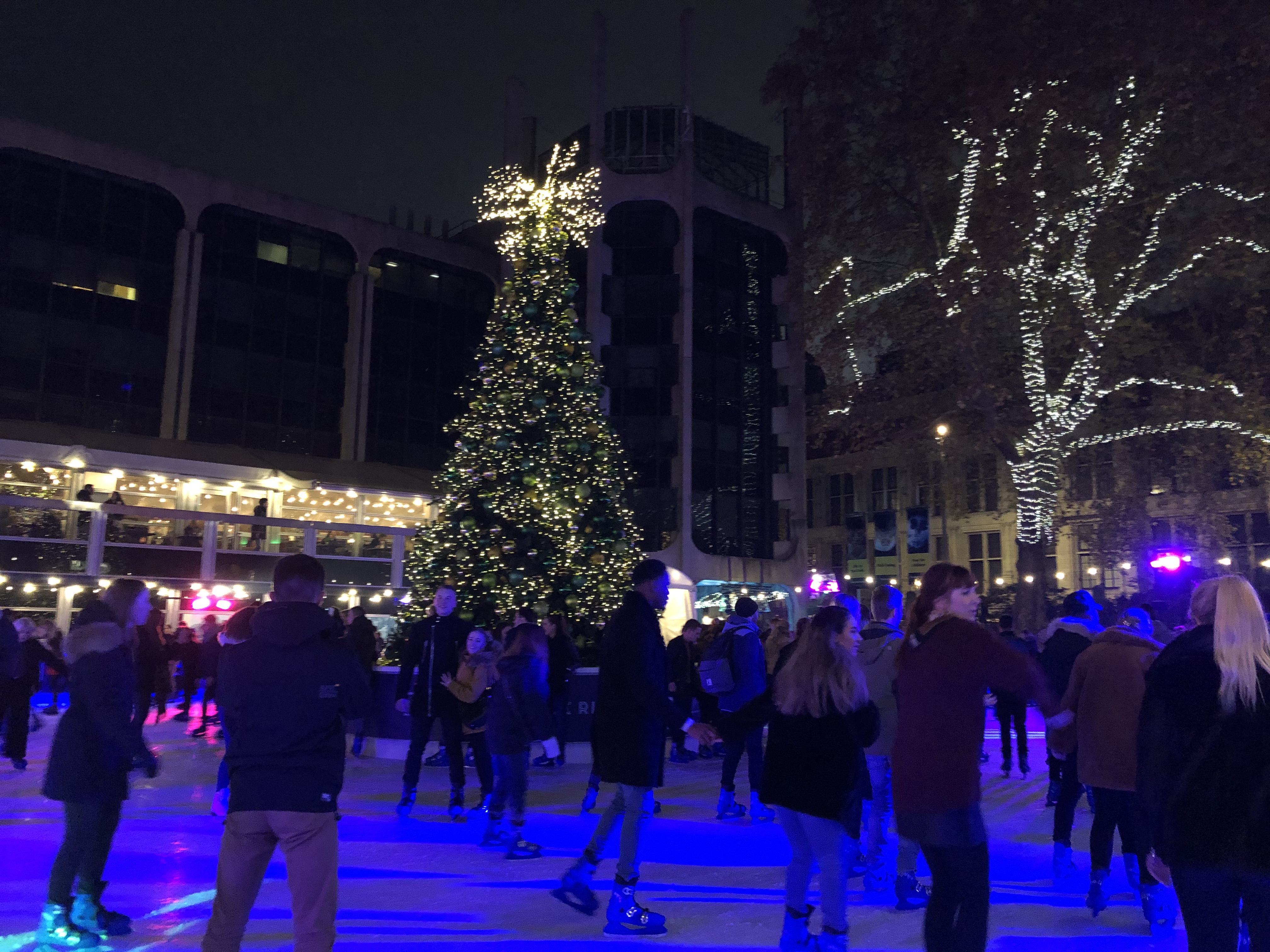 I wish you and yours a very happy holiday season! Thank you for a beautiful year and all the love and support you’ve given to me and White Chrysanthemum. It has been an amazing journey since publication day in January. I can’t wait for 2019 and the adventures ahead! 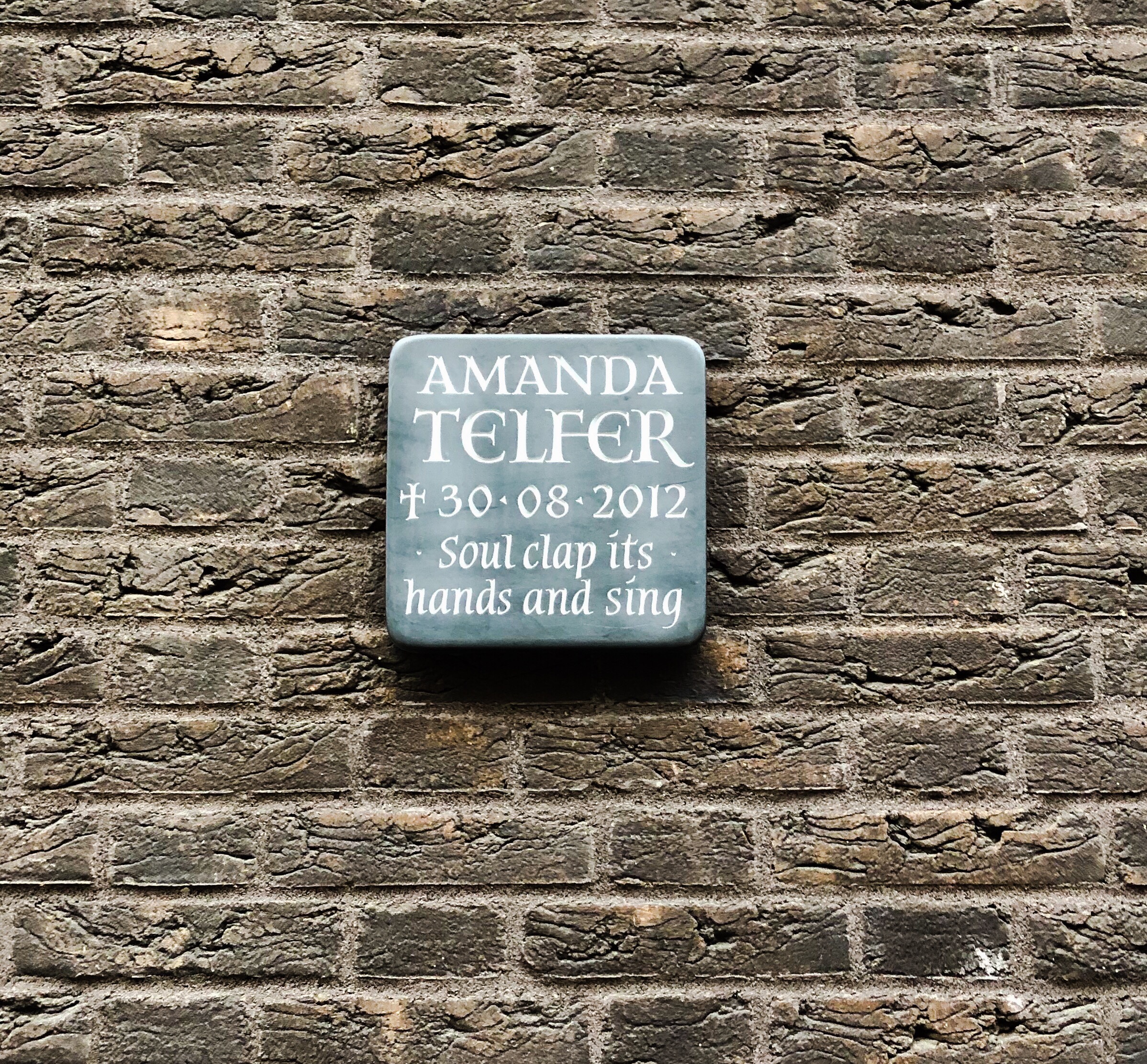 This plaque on Hanover Street marks the death of Amanda Telfer six years ago. I snapped the photo in passing because I intended to look her up when I wasn’t standing in the freezing cold. I was surprised to learn who she was because Amanda’s death was one of those tragic London stories that often haunted me.

Amanda was a successful lawyer on her way to work, walking with a banana in one hand and her entire happy life ahead of her when a gust of wind knocked three huge storefront window frames from a construction site onto her, crushing her to death in front of bystanders who desperately tried to save her.

The randomness of her death was tragic enough, but the reporting of her death was criminal. Why did the articles mention the banana she was eating as though it was pertinent to the story? Not only did this very accomplished lawyer die in an avoidable accident (the site manager was convicted of manslaughter), her death was reported without sensitivity. Who cares that she was eating a banana? The image of the yellow fruit is often paired with jokes and humour, like slipping on a banana peel, primates with bananas, condom application practiced on bananas.

This same insensitivity was seen in the reporting of the death of a woman on Oxford Street who was run over by a red London bus. The unidentified woman was old, so the papers called her a pensioner, which like the banana conjures images of frailty, scarf covered heads, and walking sticks, instead of just a woman out shopping and sadly unaware of oncoming traffic. When her identity became known the next day as a Dame and wife of a recently deceased billionaire, pensioner was dropped from the articles and accolades took its place.

How we are represented in the media can make or break us, especially when it comes to our deaths. Everyone deserves to be remembered with sensitivity and respect, whether we’re pensioners, Dames, or lawyers too busy to stop for lunch because the job is calling and we’re eager to get there and save the world.

Thankfully I happened upon this plaque yesterday and now feel as though I have a proper conclusion to Amanda’s story. Quoted on the plaque are the words from the second stanza of Yates’ poem, Sailing To Byzantium.

An aged man is but a paltry thing,
A tattered coat upon a stick, unless
Soul clap its hands and sing, and louder sing
For every tatter in its mortal dress,
Nor is there singing school but studying
Monuments of its own magnificence;
And therefore I have sailed the seas and come
To the holy city of Byzantium.

I will never think of that banana again when I remember Amanda Telfer’s tragic death. Instead I will see her beautiful face as her soul sails away, and in my mind she is at peace.

Can you spot my book? Hint, it’s on the top shelf. Dreams do come true! At my local @waterstones in the O2 Centre.